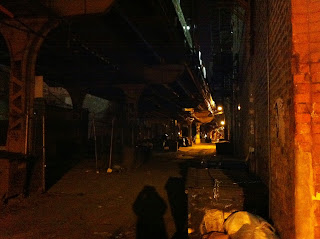 
“Galaxies of this era tend to be turbulent and endless arenas, where alien models and dimensional icons churn violently in fits of luxury and lust…such vitality should prevent any tempting vortex structures from forming, but in reality they spring open into the cracks of time and erupt like exploding suns onto the surfaces of nearby planets. A spiral born out of an elliptical corpus clusters among void dots and propels large-scale configurations of atonal words and meta- frequencies, clouded by stars and covered by black mucus…in a self-indulgent burst of mute confessions by a space art junkie, they crave for more pleasure when drowning in an ocean of rocket – driven signs”

SIDE A
1. Internally generated magnetic field from collapsing languages 4'03”
2. Partial ring embedded within the arc through the make-up of stars 4'38
SIDE B
1. A sweeping mosaic icy produced by particles in the course of catastrophe 4'06”
2. Extensive fallout to the ground via thermic obsolescence 3'03”
3. Composition, temperature and cloud motions from resurrected asteroids 4' 46”
SIGILLUM S:
Eraldo Bernocchi, P.NG5361.Bandera, Luca Di Giorgio, Lorenzo Esposito Fornasari, Petulia Mattioli.
Track Composition and Executive Production by Eraldo Bernocchi.
Viral Seeding and Conceptual Production by P. NG5361.Bandera
Artwork and Graphics by Petulia Mattioli
Recorded and Mastered in 2012 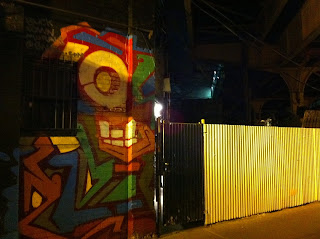