Iugula-Thor - Choosing Your Own Brand Of Evil - LP out now on BloodLust ! 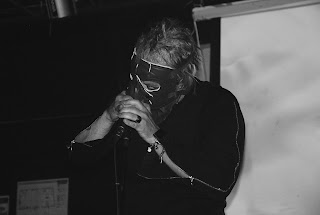 BloodLust! is very pleased to announce the release of the new album by Iugula-Thor, from Milan, Italy. Iugula-Thor, the nom de guerre of Andrea Chiaravalli, burst onto the post-industrial music scene in the early 1990s, with two striking releases on Minus Habens Records. First, the cryptic The Wheel Of The Process 12-inch single and then the commanding debut album, Forced Flesh. Iugula-Thor has morphed and mutated through styles including dark atmospheric electronics, ritualistic industrial, pure power-electronics and a hybrid metal machine music sound, influenced by Slayer as much as by early industrial music. Chiaravalli has always had very close ties to the Sigillum S family, and on Choosing Your Own Brand Of Evil, he is joined by that band’s P.NG5361.B for this greatly anticipated release, their first high-profile full-length album in many years. It follows numerous singles, cassettes and collaborations released during this especially exciting renaissance period for the band.
You may find yourself asking, “Why is our current reality based in low vibrational reptilian brain frequencies?” Well, Choosing Your Own Brand Of Evil investigates such phenomena as the Dormant Conscious-Aware Mind, the Choosing Your Own Brand Of Evil Brain Mode and the awareness raising Iugula-Thor Shift. It does so over a backdrop of truly preternatural, avant-garde electronic music, that is distinctly Iugula-Thor sounding, encompassing their long, mysterious history and stylistically coming full circle to the band’s origins.
For this LP, graphic designer Daniel Regueira worked with vintage flora and fauna imagery provided by the band, weaving it into an overall landscape that cleverly blends analog and digital iconography, picking up on the fusion of sounds built by the band. 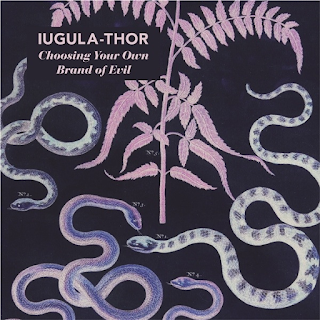 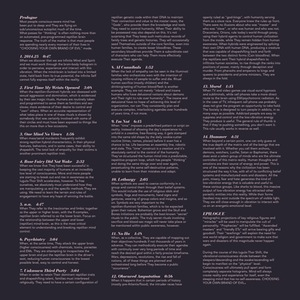 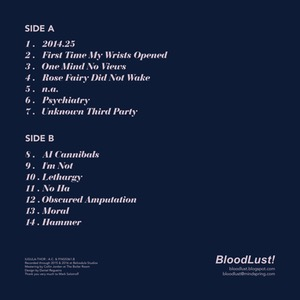