As 2016 is getting to a close, our 30^ anniversary year is doing so as well…. meaning it’s time for a re-cap and a general news round up ! 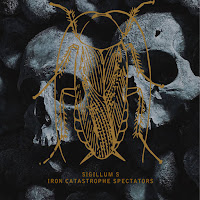 First of all, our celebration trilogy (ASTRONOMIC HORROR, IRON CATASTROPHE SPECTATORS , DEMONOLOGY) https://sigillum-s.bandcamp.com/merch.... materialized on April 16, the very day of our Lo Fi “special show”, which also marked the first appearance of BRUNO DORELLA as permanent SIGILLUM S member (by the way, you should absolutely check OVO’ s new album on DIODRONE https://diodrone.bandcamp.com/album/creatura, as well as their on-going, incredible live tour). 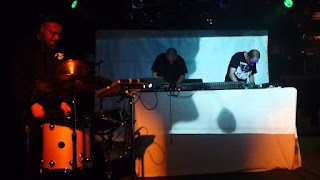 This was followed by a couple of other excellent live shows and we would like to take the opportunity to thank… first of all LORENZO ESPOSITO FORNASARI and TONY WAKEFORD, for the unbelievable stage contributions…. then, the organizers / venues (MONICA / MAMOLIFESYLE, CORRADO / HARD STAFF, CORRADO / LO-FI [please, come back SOON], MACIEK / WROCLAW INDUSTRIAL FESTIVAL, MARCO / RAINDOGS HOUSE)…. the bands which shared the events with us (HATE & MERDA, RAMLEH + all the other @ WIF, F:A.R.)…. AND, most importantly, THE AUDIENCES ! 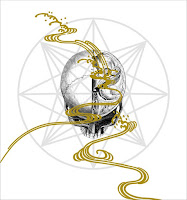 In order to really round off the celebration mood, you should now also definitely visit PETULIA MATTIOLI’ s new digital outlet for limited edition prints, MORTAL BEAUTY, http://mortalbeauty.bigcartel.com/.... enjoy at your own risk !


Additionally, REHORN has just released the extremely limited 8” lathe box set “UTTER BLACKNESS FROM THE BURNT BOWEL OF THE UNIVERSE” https://www.discogs.com/it/sell/item/417184553, while another release, the “GEOMANCY AND GRAVITATION” limited LP, is scheduled for 2017.


For what concerns other future plans, 2017 should also see the completion and release of the SIGILLUM S & TONY WAKEFORD LP “STONED DEBRIS AND SOME CULTURAL FLOW”, followed by a limited live CD release, more live performances, the beginning of the recording for the new studio full length SIGILLUM S album (provisionally titled “SOLAR SYSTEM CIVILIZATION AND INTERDIMENSIONAL BIOLOGY MINING”) and a few more “special projects” (details to be revealed in due time).

Finally, please find here below a wrap of our various solo and other projects / collaborations releases, together with a few hints to future activities. 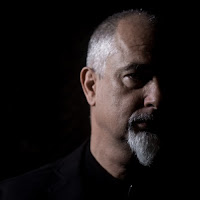 · BLACKWOOD “AS THE WORLD ROTS AWAY” was released on LP and CD by SUB SOUND
‎http://subsoundrecords.bigcartel.com/artist/blackwood

· OBAKE “DRAUGR” was released on LP and CD by RARENOISEhttp://www.rarenoiserecords.com/obake

· SSHE RETINA STIMULANTS kicked off 2016 with a February live set at the Destination Morgue festival in Rome, accompanied by the release of the Private Edition limited CDr “PROSTETICK ORGANS FROM HELL, BLACKENED PIANOS FROM URANUS”https://www.discogs.com/it/Sshe-Retina-Stimulants-Prostetick-Organs-From-Hell-Blackened-Pianos-From-Uranus/release/8090743,and followed by another live performance in April @ Masada in Milano, for a SOLCHI SPERIMENTALI ITALIA event.

· A couple of new SSHE RETINA STIMULANTS projects, “ EXO-SPACE, ANTI-BELT” and  “THE SF PROJECT: AN ABYSS SPECULATION” are being pursued right now, while more live appearances are being planned, as well as a few more collaborations and participations (with details to be communicated when appropriate). 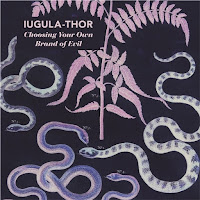 · The new IUGULA-THOR studio LP, “Choosing Your Own Brand Of Evil” was released by BloodLust! http://bloodshop.bigcartel.com/product/b-181-iugula-thor-choosing-your-own-brand-of-evil-lp

· IUGULA-THOR also appeared live on September 30, 2016,  at the XII CONGRESSO INDUSTRIALE, as documented on the limited CDr “LIVE AT XII CONGRESSO POST INDUSTRIALE 30.09.16 / WHAT A PERFECT DAY (WHAT A PERFECT DEATH)”http://www.oldeuropacafe.com/en/catalog/category/live-at-xii-congresso-post-industriale-/-what-a-perfect-day-what.html

· OLD EUROPA CAFE released the IUGULA-THOR / SUCTION MELENA collaboration CD too, “All Dreams are Only Self Facials” http://www.oldeuropacafe.com/en/catalog/category/all-dreams-are-only-self-facials-iugula-suction.html
while a special tape release “BODY PUZZLE” was released by CUSTOM BODY RECORDShttps://www.discogs.com/it/Iugula-Thor-Suction-Melena-Body-Puzzle/release/8808974

· More IUGULA-THOR live shows are being scheduled for 2017, while a limited edition collaboration release with SATANISMO CALIBRO 9 should surface on OLD EUROPA CAFE soon.