http://colloidalsemantika.blogspot.it/
SIGILLUM S have released their new record, "GLAMOUR & DECADENCE ACROSS GALAXIES" , a 12" picture disc LP + download, in a limited edition of 111 copies: ordering details and tracks streaming may be found on BANDCAMP .
https://sigillum-s.bandcamp.com/track/a1-internally-generated-magnetic-field-from-collapsing-languages 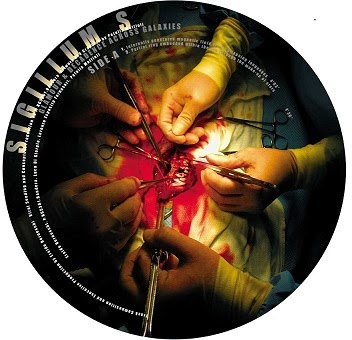 "Studs and Divinity", originally released in 1989 as tape by Minus Habens and then made available as DL through https://sigillum-s.bandcamp.com/album/studs-and-divinity , it's going to be also made "physically" available again shortly as a CD reissue by MONOCHROME VISION, including also two unreleased bonus tracks. 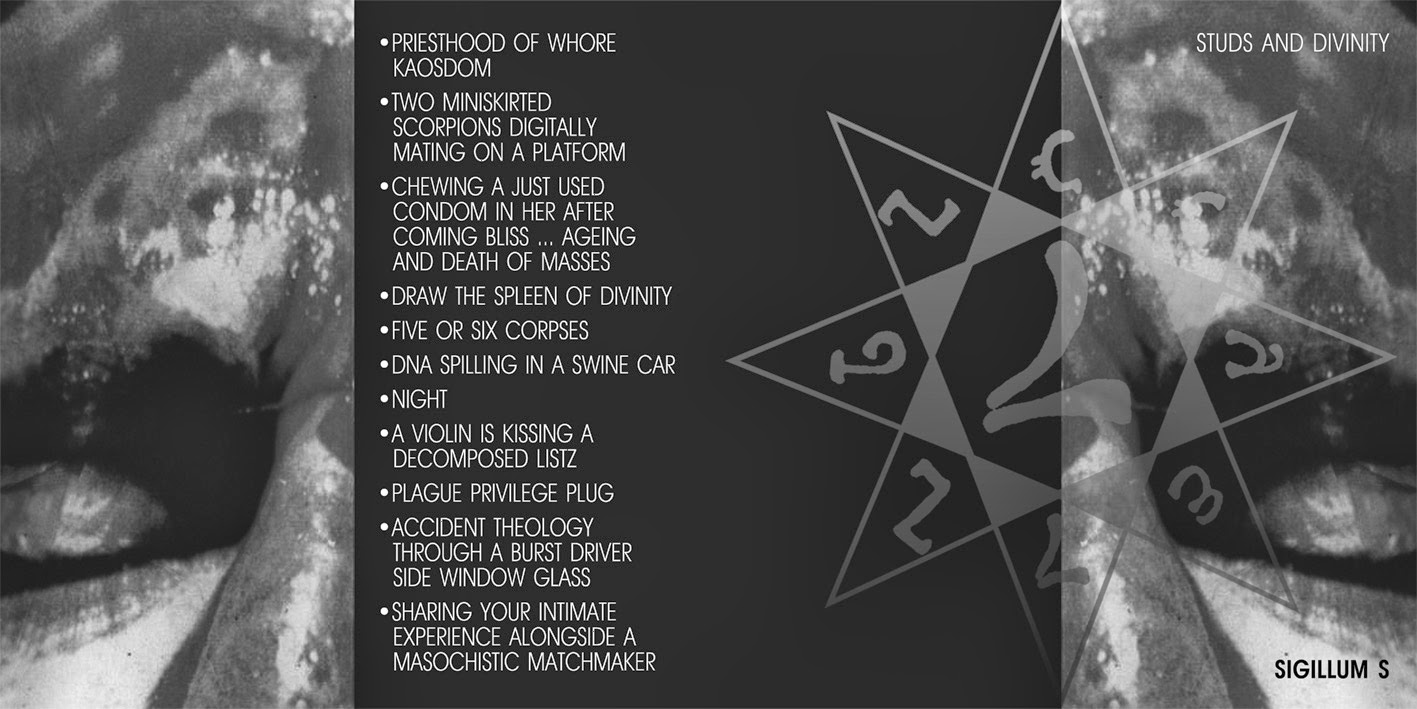 Recording has been then further progressing on the new SIGILLUM S & TONY WAKEFORD collaboration "STONES DEBRIS AND SOME CULTURAL FLU", together with another brand new SIGILLUM S production, "OBSTRUCTIVE SLEEP APNEA AND OTHER DEADLY MEDICAL CONDITIONS", scheduled to be issued as vinyl 10".


The already mentioned "other" collaborative effort has been moving along too: more details will be communicated shortly, together with plans for publication of unreleased older material (such as "EPIDEMIOLOGY" on vinyl, etc.) and live shows.

Meanwhile, Eraldo Bernocchi and P. NG5361. Bandera, together with Mark Solotroff, have performed for the very first live manifestation of Andrea Cernotto's THE SODALITY at the DESTINATION MORGUE VII festival in Rome, on January 4, 2014: documentation is viewable / listenable at the links here below 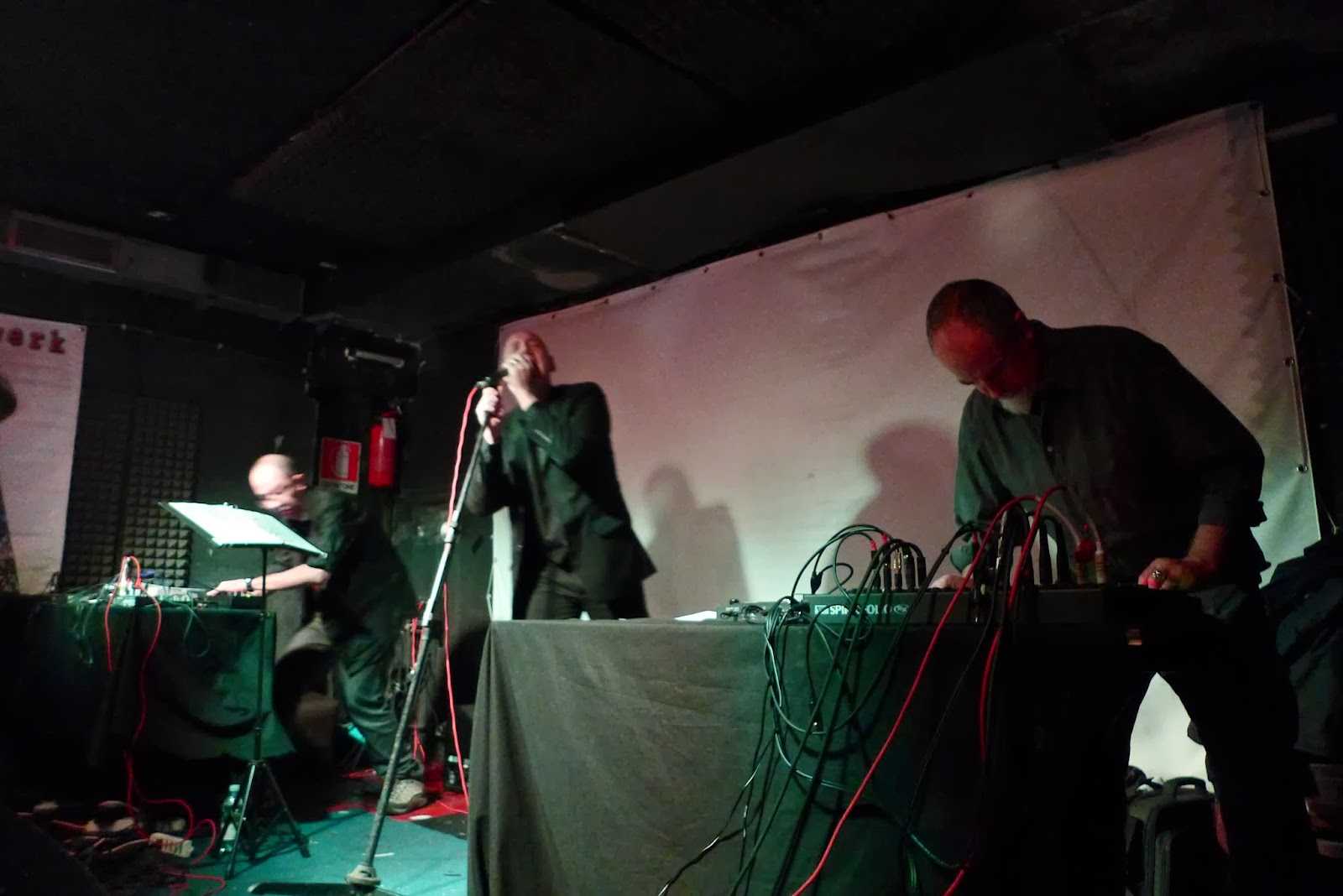 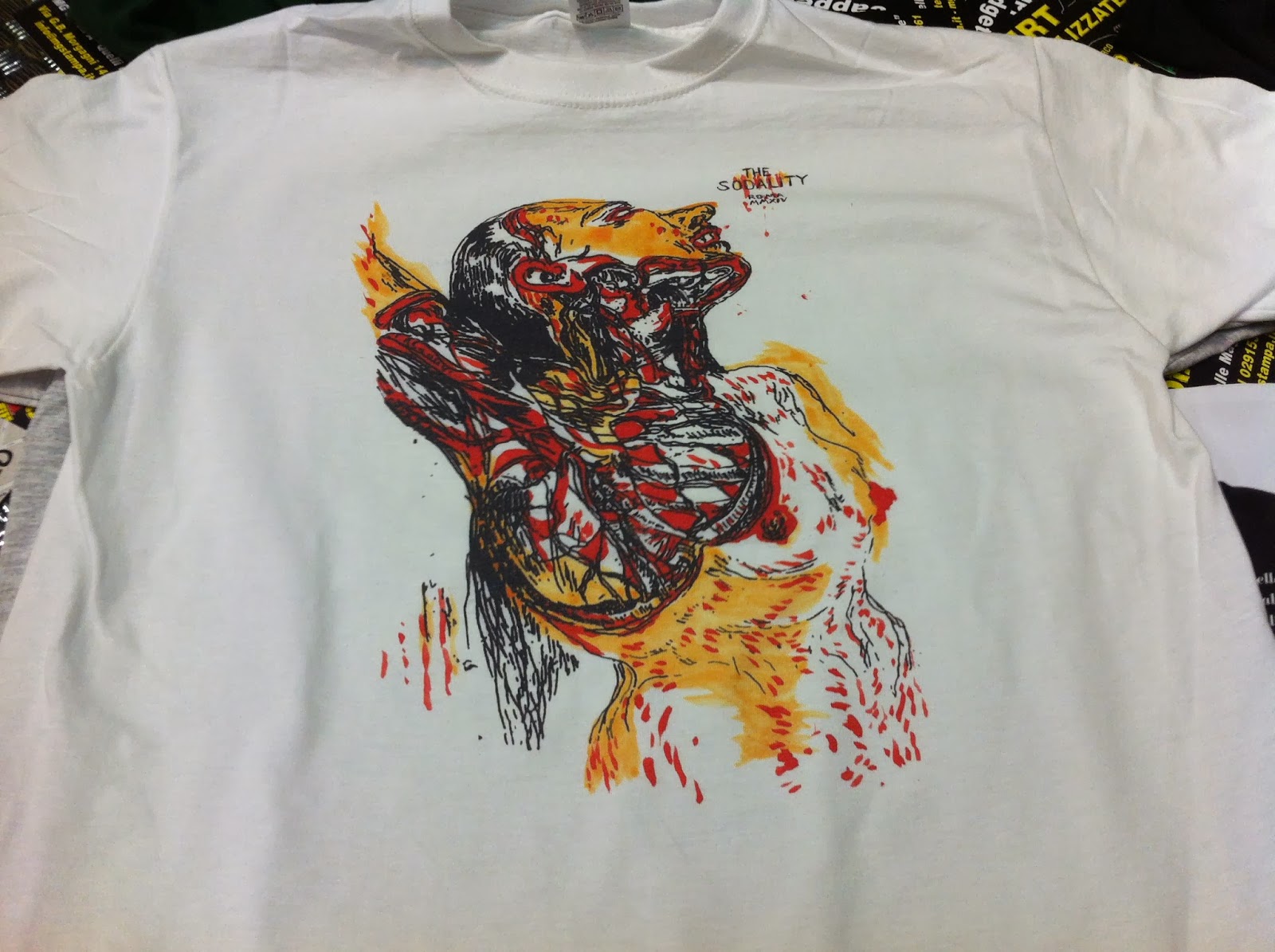 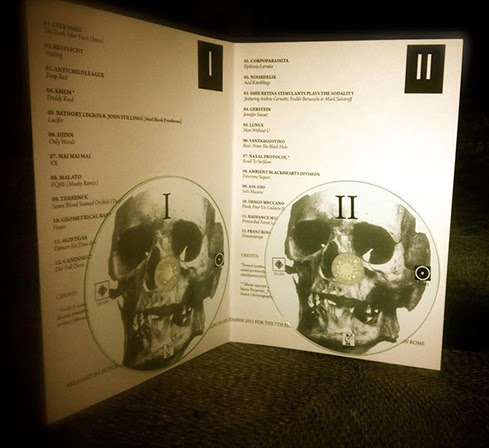 Regarding SSHE RETINA STIMULANTS, PSYCH.KG has released “Haunted Wreckage From Geothermic Signature Pools”, a cassette in a Limited Edition of 50 copies in wooden handpainted Box


and is also going to release soon a split 7 “ LATHE disc of SSHE RETINA STIMULANTS a and LICHT-UNG. 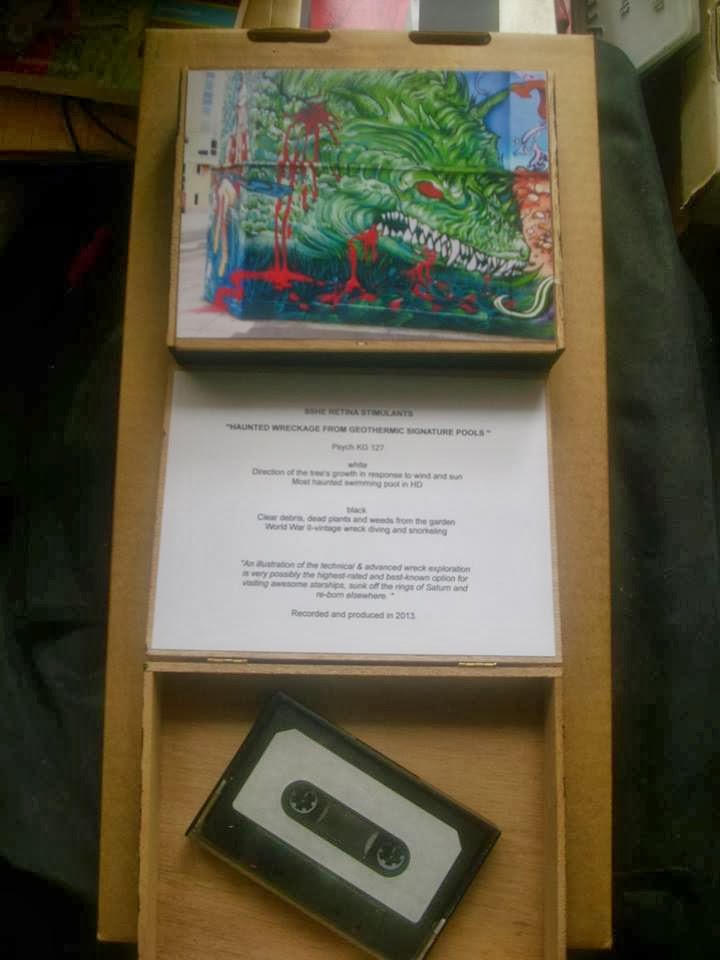 
www.influencingmachinerecords.blogspot.com
Another truly major re-issue project is on-going on URASHIMA (after the SRS vinyl LP "KRIONIKA SOSHIKI", originally released by Slaughter on cassette) , that is the production on vinyl of the seminal "LISTEN AND DIE!" 6 tapes box set published by SLAUGHTER PROD. in 1997: this Italian-American Power Electronics behemoth will see again the light of the day in the shape of two 3xLP box sets, one with the Italian acts (SSHE RETINA STIMULANTS, IUGULA-THOR, MURDER CORPORATION, ATRAX MORGUE, DISCORDANCE, DIKTAT) and one with the U.S. ones (SURGICAL STAINLESS STEEL, SLOGUN, TAINT, SKIN CRIME, DEATHPILE, BACILLUS).... everything re-mastered for wax by P.NG5361.B. 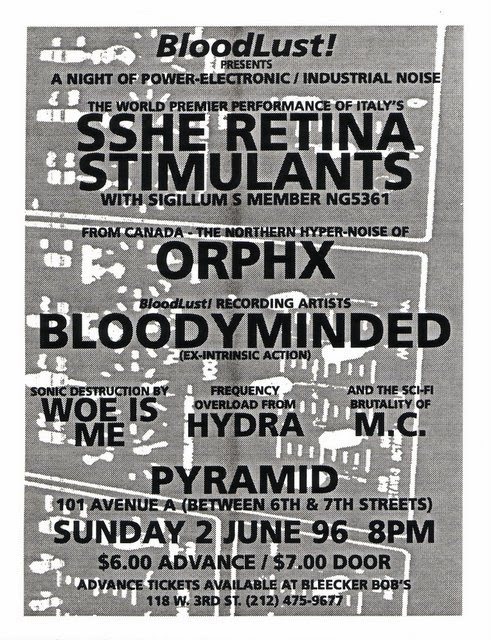 P.NG5361.Bandera is also working with Adriano Vincenti on the new MACELLERIA MOBILE DI MEZZANOTTE album: details are going to be announced very soon, together with other SSHE RETINA STIMULANTS collaboration projects.

Recordings for a brand new IUGULA-THOR full length album have then been still progressing and plans for releases are being refined with BLOODLUST!. 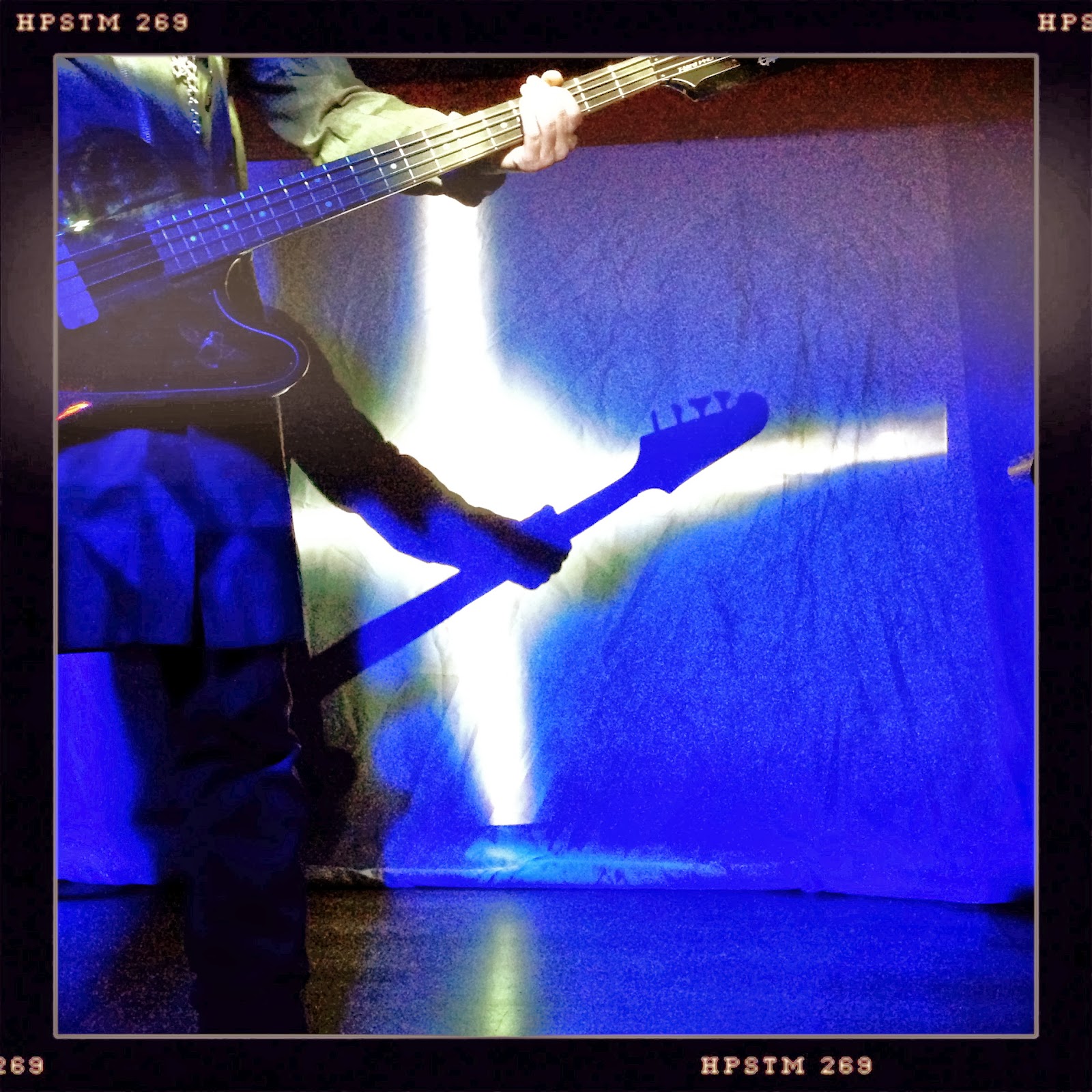 Regarding ERALDO BERNOCCHI and his projects,the long awaited new SIMM album, “VISITOR” is finally out for OHM RESISTANCE.
http://www.ohmresistance.com/ 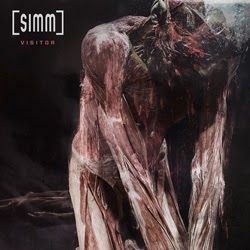 Coming in 2014 on VITAL RECORDS is also “NOTHING” a dark ambient album recorded by Eraldo, together with HENRIK NORDVARGR BJRKK. 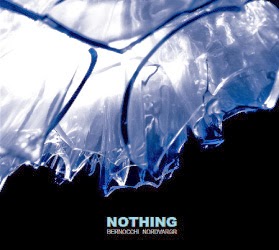 In the next few months Eraldo will be producing for RARENOISE RECORDS an amazing doom jazz trio too... FREE NELSON MANDOOMJAZZ... featuring Rebecca Sneddon on Sax, Colin Steward on Electric Bass and Paul Archibald on drums.


In early January Eraldo has been in Prague working on METALLIC TASTE OF BLOOD second album, while February 2014 will finally see a new cd coming out for ANODIZE, called “OMNIPRESENCE” and under Eraldo' s own name... it’s a live ambient album, entirely improvised at Darren Bergstein place in NJ...nothing was prepared, everything was flowing... Petulia Mattioli did the live visuals... a moment in time that will never come back and incidentally the first cd ever bearing only Eraldo's name. 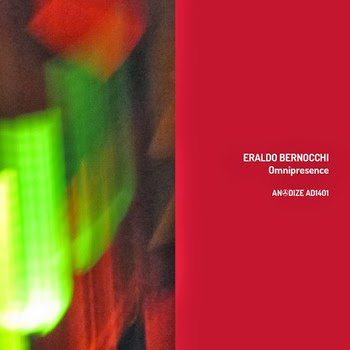