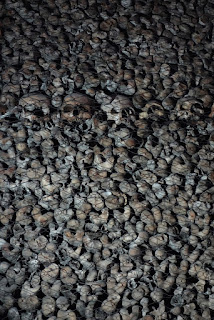 Acting as an unlimited, free-form maelstrom of entropic dissonance and cognitive reconfiguration, these audio black holes have been built by shutting senses out and embracing the pure factual pleasure of immanent matter, in a crashing demolition game of concepts and expectations.

A basic bridge between historical reference and undefined fate, this is the unexpected prequel to 16/04/16, when Sigillum S will perform live @ Lo Fi in Milano and the 3 new albums ("Iron Catastrophe Spectators" on CD, "Astronomic Horror" on LP and "Demonology" on cassette) will be released.

More special treats will be there and twisted turns will occur in between.... meanwhile, SHARE & DERAIL!

SIGILLUM S in "30 mode" were, are and will be... one way or another... Eraldo Bernocchi, Paolo L. Bandera, Luca Di Giorgio, Petulia Mattioli, Lorenzo Esposito Fornasari, Ted Parsons... and others TBA...NON SERVIAM!